Slavery (definition): when someone is legally owned by another person as property and is forced to work for that person without pay

Some African Americans who lived in Westerville in the 1800s had been free their whole lives, but many others had been enslaved.

Slavery began in the British North American colonies (later the United States) in 1619, more than 400 years ago. Although both northern and southern colonies practiced slavery at first, the North gradually stopped. But slavery thrived in the South, where cotton plantations made a lot of money. By 1860, there were nearly four million enslaved human beings in the U.S. 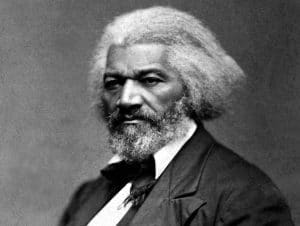 People in slavery lived under brutal conditions. One enslaved man who later became a famous author, Frederick Douglass, described, “We were worked in all weathers. It was never too hot or too cold; it could never rain, blow, hail, or snow, too hard for us to work in the field… The longest days were too short for him [the owner], and the shortest nights were too long for him… [He] succeeded in breaking me. I was broken in body, soul and spirit.”

Owners could separate families, selling parents, children, and siblings away from each other. Eveline Williams was enslaved on a plantation in present-day West Virginia. Her owner sold her and her three young children away from her husband Cyrus. She probably thought her marriage was over, so she married another man name John Monroe. The new Monroe family moved to Westerville, but Cyrus had been searching for Eveline. When he showed up in Westerville, he was surprised to see that Eveline had remarried. Eveline had to make a heartbreaking choice between her first and second husbands. She chose John.

One man who later lived in Westerville, Squire Fouse, wanted freedom more than anything and tried to run away. So many enslaved people ran away that their quest for freedom became known as the “Underground Railroad.” It was not literally underground, and it was not literally a railroad. Instead, it was a nickname that described the people who ran away and the people who helped them. Some of the dangers of running away included:

Squire almost froze to death when he tried to run away, but he was willing to risk his life to taste freedom.

Several white families who lived in Westerville were part of the Underground Railroad. It was a dangerous job because not everyone who lived in the area was against slavery. The sheriff of Delaware County, Andrew Jackson Smith, was very pro-slavery. If he caught anyone escaping, they could be sent back into slavery. Anyone helping them could be jailed or fined.

We know very few individual names of the people who traveled through Westerville on the Underground Railroad. One of them was Thomas Harrison, who fled from a wealthy family in Kentucky. He almost drowned crossing the Ohio River on a makeshift raft and was rescued near Cincin­nati by people who worked with the famous abolitionist Levi Coffin. They helped Harrison travel safely through Ohio. In Westerville, Harrison hid in the cellar of an inn owned by stagecoach driver George Stoner before moving on to Toledo, Detroit, and eventually freedom in Canada, where he married & had children. Harrison’s son, Richard, became a famous Broadway actor. 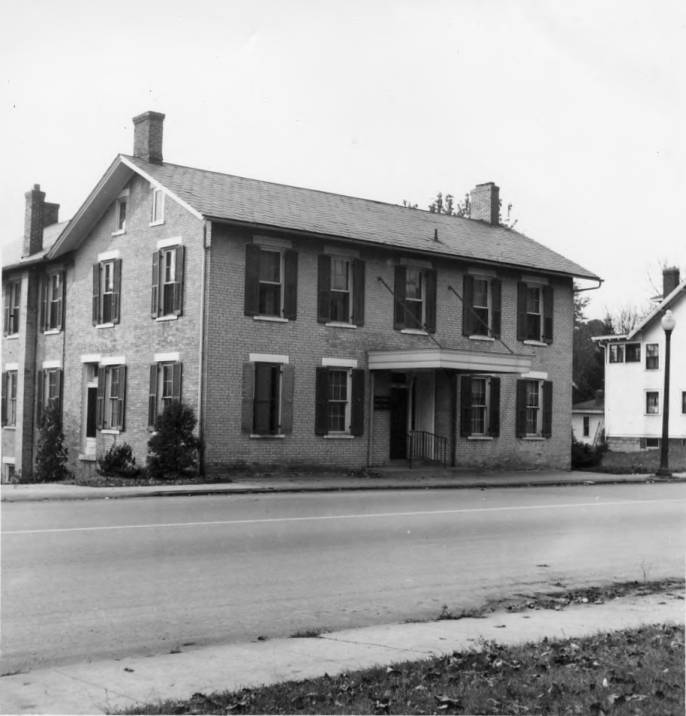 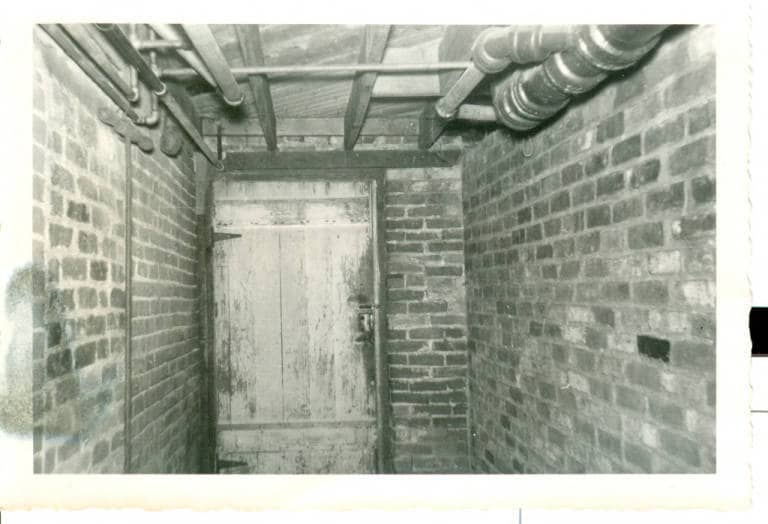 One white family in Westerville, the Hanby's, worked on the Underground Railroad. William Hanby had been indentured to a cruel horse harness maker while he was growing up. An indentured servant was someone who signed up for a period of time, usually seven years, to work for one employer in exchange for a place to live, food, and clothing. Hanby ran away. As an adult in Westerville, he helped hide people escaping slavery because he remembered his own experience.

Hanby’s son, Benjamin, wrote one of the most important songs against slavery. In the spring of 1856, Ben travelled with his father, William, to Kentucky. Ben’s sister described what happened when he witnessed enslaved people being sold at an auction, “When brother Ben left that summer, he was a happy singing boy. When he came back, he was a sober and saddened man. What he had seen had broken his heart.” 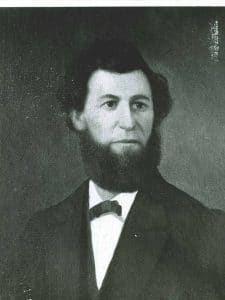 Ben remembered that when he was nine years old, before his family moved to Westerville, they had tried to help a man named Joseph Selby. Selby had escaped from slavery and was trying to make his way to safety in Canada. He wanted to be able to get a job, earn his own money, and purchase the freedom of the woman he loved, Nelly Gray, who their owner had sold away. But Selby was very sick when he arrived at the Hanby's, a station on the Underground Railroad, and died before he could make it to freedom

The story of the sad separated couple was made famous in Ben’s song Darling Nelly Gray, which he wrote at the age of 22 while a student at Otterbein University. The song became very popular and was later covered by famous Black musicians like Louis Armstrong. Most importantly, it made people think about how slave owners and traders cruelly separated people from their family and friends.

In 1859, a group of freed African Americans made a dangerous journey from North Carolina to East Orange, Ohio, near the Alum Creek Lake and Dam. They had lived and worked on a plantation owned by Oroon and Miriam Alston. Oroon died first, and when Miriam died in September 1855, she left the enslaved people to her lawyer and agent with the understanding that he find a way to provide for their freedom in a northern state. It took them four years to prepare. We do not know why they came to East Orange, and we do not know how hard their journey was. Some whites living nearby did not want black neighbors, so they began calling the area “Africa.” The name stuck and can still be seen in Africa Road today.

The freed Alstons became landowners, musicians and artists. Their descendants served in the military and became educators. One woman, Mary Alston, became a very talented artist and worked as a Red Cross nurse during World War I. Mary Alston’s accomplishments are a perfect example of why people escaped from slavery – so they could have the freedom to choose their own path in life.

Books about the Underground Railroad