Some people who lived in the Westerville area were pro-slavery.

Ohio’s prohibition on slavery did not make it a safe haven for freedom seekers. Fugitive slave laws in 1793 and 1850 empowered owners to hunt down people who fled to free states and force them back into slavery.

People who passed through Westerville on their way to safety in Canada could not let down their guard while they were here. Andrew J. Smith was a farmer, Democratic politician, and pro-slavery advocate who lived in Genoa Township. One newspaper article described the area where Smith lived as a “hot bed of secession.” Smith reportedly even helped raise a militia to resist the 1863 military draft. His election as sheriff in 1856 would’ve put freedom seekers traveling through Westerville on their guard.[1]

Laws that permitted Americans to capture enslaved people who had escaped, even if they were found in a free state, and force them back into slavery. 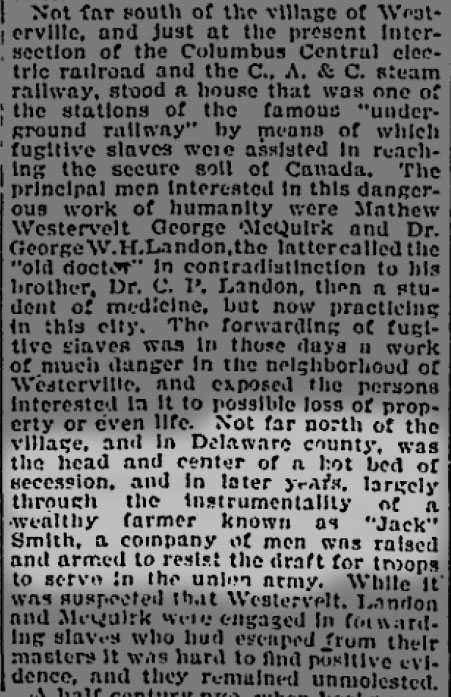 Fears that southern sympathizers posed a grave danger were not unfounded. Black indentured servants Benjamin and Jack Lee decided to visit Columbus over Christmas and were arrested as fugitives. They tried to explain they were indentured, but it was not until the next morning that someone came along who knew them and vouched for them. The Lees had spent a long, uncertain night in jail, probably wondering if they were going to be sent South and forced into slavery. They returned home “in very blue spirits.”[2] 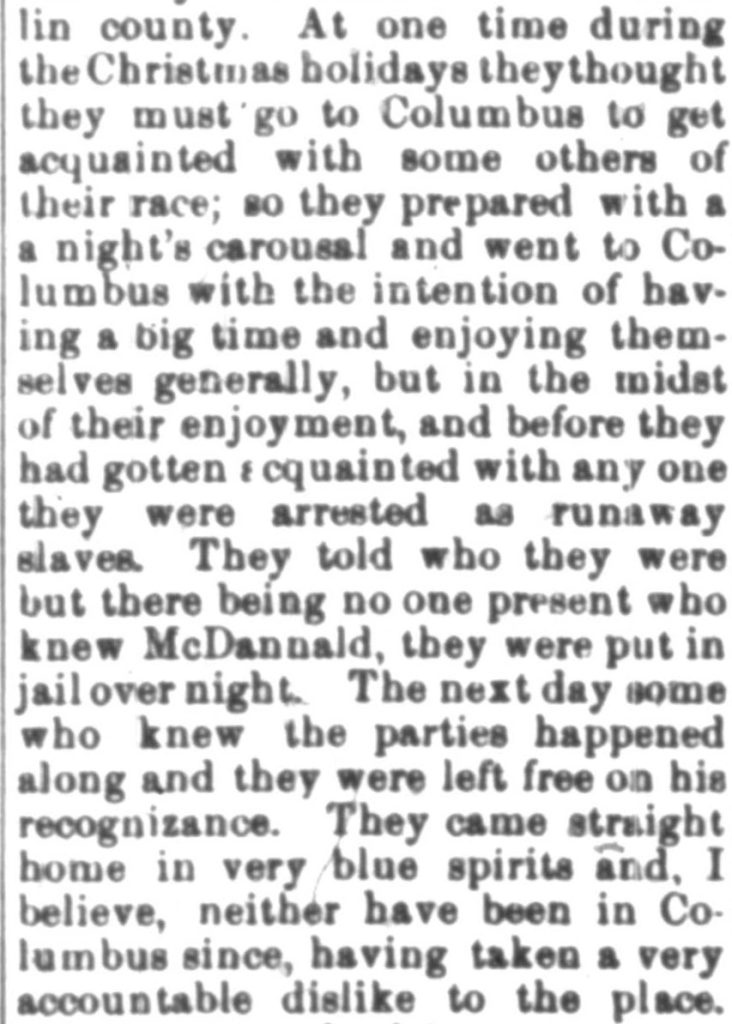