The Westerville Human Relations Council (HRC) worked to “promote better understanding and good will between people in the greater Westerville area” in the 1960s. It consisted of both Black and white members. In 1966, it began a campaign to end local housing discrimination in Westerville. Three council members had experienced this discrimination firsthand. Lorenzo B. Williams (who went by the nickname LB), his wife Violet Williams, and Jane Minnis lived on East Broad, which had a reputation for being a run-down part of town. They lived there, LB Williams said, because as African Americans, they had no other choice.

When an individual or a group of people are treated unfairly because of their race, age, sex, religion, etc. 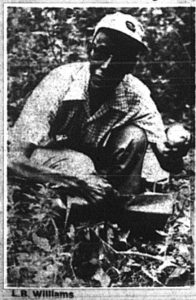 The HRC also wanted to end workplace discrimination. One of the strategies they used was Group Conversations, a method pioneered by educator and activist Rachel Davis DuBois where people would share their childhood memories and personal experiences with each other. The goal was not merely to increase tolerance but to truly find common ground across ethnic, racial, and cultural divides. In December 1964, Dr. Martin Luther King, Jr. asked DuBois to join the Southern Christian Leadership Conference (SCLC), a Civil Rights organization based in Atlanta. While affiliated with SCLC, DuBois came to town on two separate occasions to train the HRC in leading Group Conversations in the Westerville community.[1] 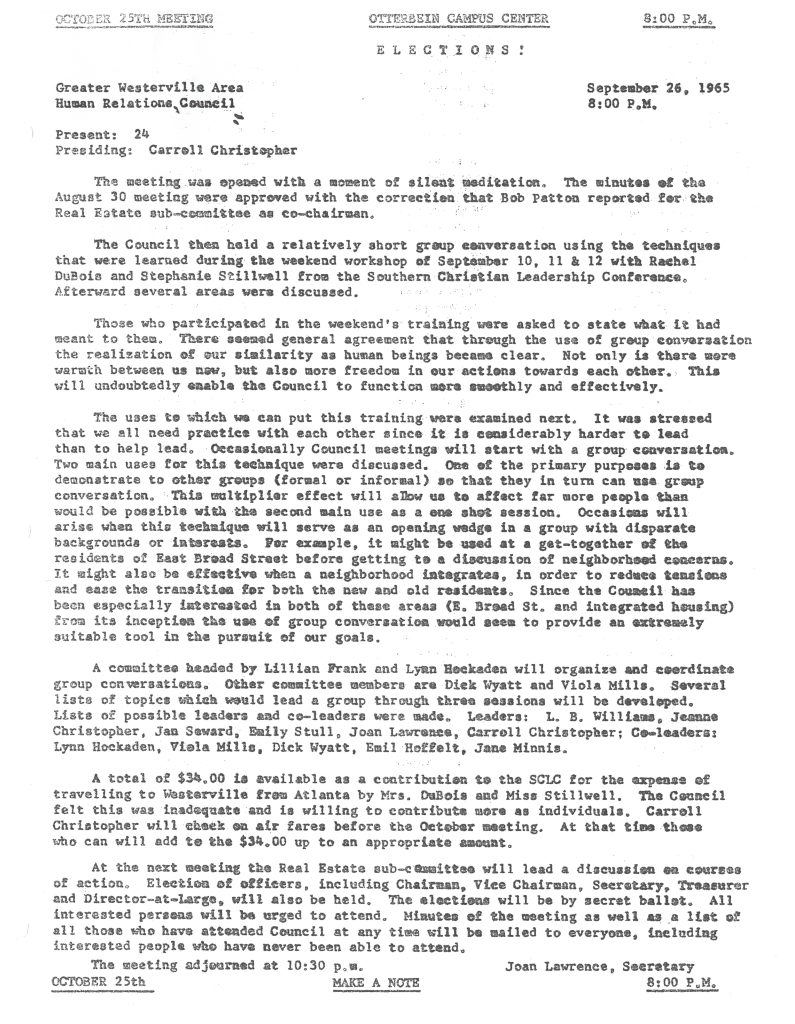