People from Westerville fought injustice across the country.

In August 1963, a group of about 200 people from Columbus, Westerville, and other Central Ohio communities boarded buses in front of churches and YMCAs. Representing the Columbus chapter of the NAACP, the Congress of Racial Equity, and the Methodist Theological Seminary, these activists traveled for 11 hours overnight. They were headed to Washington, DC to participate in the March on Washington where Martin Luther King, Jr. would deliver his historic “I Have a Dream” speech.[1]

National Association for the Advancement of Colored People.

When people’s unique circumstances are taken into account and they are provided with what they need to have the same outcomes as other people. Different people in different situations will have varying levels of need. 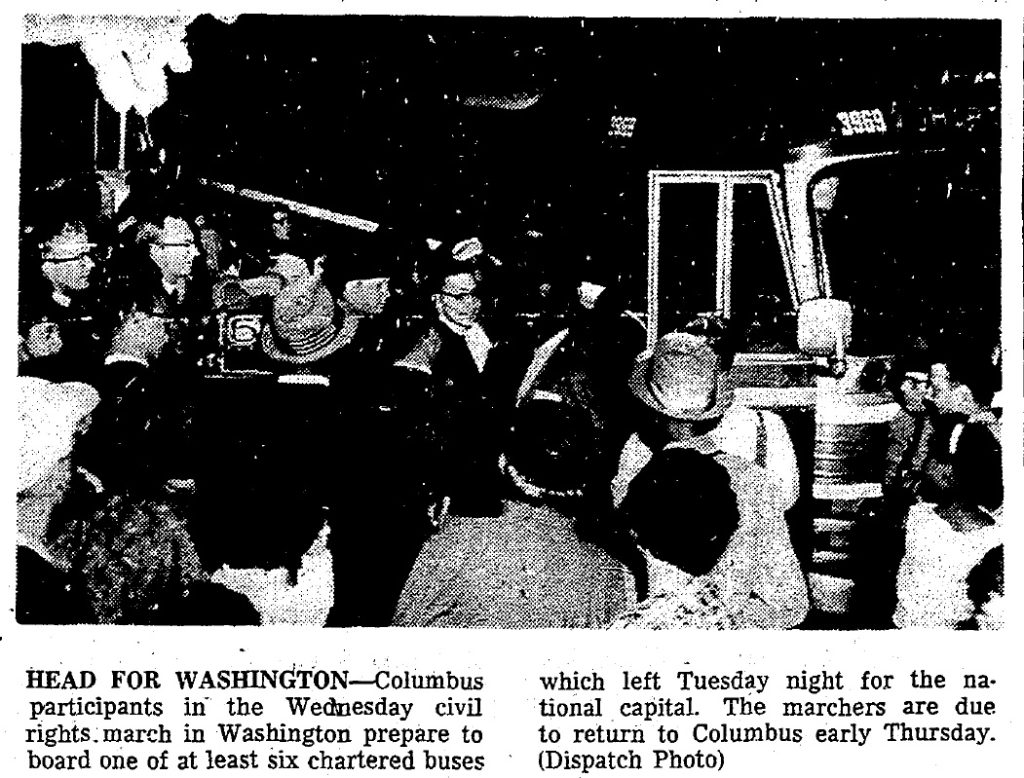 Boarding buses for the March on Washington, Columbus Dispatch, 8/28/1963, accessed through NewsBank.

Fighting for equality could take other forms besides marching. Velma Yemoto, an American of Japanese descent, was originally from California. During World War II, her family was placed in an internment camp in Arkansas. Students were allowed to leave the camp, so Yemoto went to Otterbein to study biology. Her training led her to work with atomic bomb survivors in Japan in 1948. This experience sparked her interest in humanitarian issues. By the 1970s, she was an active member of the first Japanese American United Methodist church in the country, located in San Francisco. Yemoto worked on anti-racist and anti-sexist initiatives within the denomination and became an advocate for LGBT rights. She volunteered as a caregiver for Asian AIDS patients and helped her church organize a series of Asian gay and lesbian speakers who addressed the importance of welcoming them into fellowship.[2]

When everyone is treated identically and given the same resources or opportunities.